I PROMISE my readers these things

MY PROMISE TO MY READER(S)


I will never kill off a pet or cute little animal, never. I will very seldom kill off a cherished character or little kid--a mystery does have to have a bodycount, but you'll usually hate the deserving victim beforehand.

I will never write silly stuff that is more suited for a comic book and makes readers yell, "Come ON!!" I will never have characters who are TSTL (too stupid to live) opening a door and going unarmed down into a dark basement where they know the monster lies in wait.

I will never have a scene with incest or abuse because that pushes too many people's buttons and would trigger symptoms in those with PTSD. If these things have happened to a character of mine, it has been kept offstage (something in the character's past that is only referred to and not dramatized). If I ever find it necessary to have a scene with rape, abuse, or whatnot, I will clearly label that story or book so that those who, like myself, prefer not to read such stuff can avoid it. I don't see any reason for all the gratuitous "thrill" stuff that supposedly "pushes the envelope" and is "gritty." Authors can evoke more appropriate and enjoyable emotions in their readers, and I think we should.

I will never have my characters knocked unconscious with rocks, baseball bats, and the like, only to awaken a few minutes later, rub their heads, and stand up to pursue their assailant again (possibly with a bit of unsteadiness, but no other ill effects.) You should know that ANY blow to the head can be fatal, ANY unconsciousness is a medical emergency, and CUMULATIVE blows to the head or concussions can do lots of brain damage. One blow is likely to cause a blood clot (hematoma) and can cause cerebral hemorrhage, stroke, brain damage, memory loss, and other problems. This is extremely unrealistic stuff that you read over and over in mysteries because it's convenient for the plot, but it models some really unwise behavior and things that do not happen in real life (such as standing right back up again without any problems), and it's a terrible thing for authors to use as a convenient plot device.

I will never write "what's selling now" because I couldn't spend that much time with such a novel. I write books I would like to read, that I wished I could find when I was a child and teenager, that I have wished I could find again as an adult. You might find my books have too much description and too little action for your current taste, but not everyone eats curry and not everyone prefers chocolate to vanilla.

If you loved any of these books as a teen/youngster, you might like APRIL, MAYBE JUNE by Shalanna Collins.

If you loved any of these books as a teen, you might like CAMILLE'S TRAVELS by Shalanna Collins.

The Outsiders by S. E. Hinton
The Pigman by Paul Zindel
The Secret Language by Ursula Nordstrom

If you loved any of these books as a child or teen, you might like DULCINEA by Shalanna Collins.

Harry Potter (and the series) by J. K. Rowling
The Lion, the Witch, and the Wardrobe (and the Narnia series) by C. S. Lewis
The Worst Witch by Diana Wynne Jones


I write for kindred spirits. If you like my work, you typically REALLY LOVE my work. And that's enough for me. 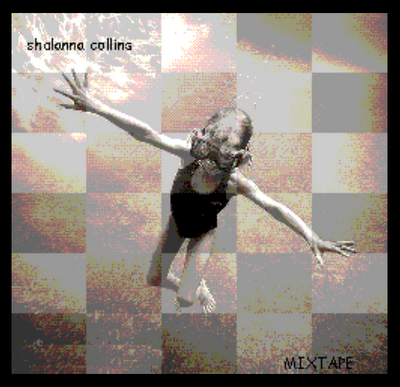